Now that the dust has settled and I can take a step back, I realize that some of the stories that were published about Powers Squared at the time contained some factual errors, mostly revolving around the colorist on issues #3-5. For some reason, the colorist on Issues 1-2, Lisa Richards, is given credit in a couple of places as the colorist on the more recent issues. This isn't information that we provided and I want to go on record here with my apologies to Paige Cambern for being overlooked in those articles. Everyone deserves credit for their own work. In the euphoria of the moment, I didn't notice this error.

Another "ugly" reality is that you don't control the press. Besides the errors above, which I assume were innocent mistakes, the reviews that we were waiting for came with comments about the lettering being cut off on a couple of issues. This was shocking to hear as we believe the review was based on .pdfs that we sent, not what was on comiXology's website. However, hearing that sort of comment might keep someone curious from buying it. comiXology did confirm that there were no issues with the comic on their site and Paul and I confirmed that there was no issue with the .pdfs. Fortunately, the PR firm contacted the publisher and he took down the comment on one review. I contacted him, in between painting a bathroom, and he took the comment off the other review. Hopefully, not too much damage was done. I really wonder what happened.

While we're still publicizing Issues 1-5, work continues on Issue #8. Spent part of Tuesday night looking over thumbnails for the first 8 pages. Our artist sends us two versions and Paul and I select some panels from one version and some panels from another, sort of like ordering on a Chinese restaurant menu. Instead of moo goo gai pan and shrimp toast, its panel 1 from the A version and panel 2 through 5 from B. Later in the week, she sent us the rough layouts based on our panel choices.

She also provided us with a final character study of our newest villain, Professor Theorem, so it's interesting to see things taking shape.

A little note about copyrights, which are a very good thing but also quite slow. Last summer, June 11, 2017, as a matter of fact, we applied for copyrights on the first two issue of Powers Squared, both script and visuals. (The script had already been copyrighted.) Well, it took until this past week to get the notices from the Copyright Office. That's a little over a year. There was an issue about the work-for-hire but that, I believe, was in the original application. Just wanted to let you know that the wheels of government can turn very slowly. 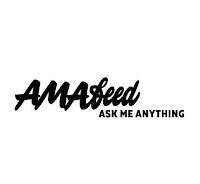 I was approached this week to do an AMAfeed about Powers Squared. Didn't want to miss out on the exposure, so I agreed to do it. Sort of threw it up on their site sort of quickly and it shows. The headline I wrote contains the word anything after AMA. They also wanted a proof photo and at the time I was painting a bathroom and hadn't shaven in a couple of days; let's just say, not a pretty picture. I used a photo I had around but when it was displayed on their site, it really looks blurry. (Tip, headlines and photos are two things you can't go back and change. I know because I tried.)

The AMA went live on Friday and so far we've had about 20 questions. If you have a question about Powers Squared, then please ask away here. It'll be open through next Friday, June 13th. We've also invited our artists to submit answers as well. I'll write more about this experience next week.

On Saturday, thanks to Paul's editing, we posted a new video of me with my sons, the first time we've all sat down together on camera. We were answering the questions given to us by FreakSugar for their interview. You can view it on our YouTube channel here. You can also read the actual  FreakSugar interview here. It was our first interview and we wanted to commemorate the occasion.

Related to the comic-book, this week the program schedule for San Diego Comic-Con was released and we went through them looking for both educational as well as entertaining panels to attend. The trip will be discussed in greater detail in the post Report from the Front, the following Monday.

Also wrote a short review for Ant-Man and the Wasp for Trophy Unlocked. Thanks to the holiday we were able to see the film on Friday morning and put up a review that evening. It's rare we get one up the day a film is released. The Saturday Morning Review was Paul's about Bayonetta 2, as last week's was about Bayonetta.

I did call my editor about Familiar Stranger. The main thing is he's still alive and well. This is not unusual to have long gaps between hearing from him. Not that I like it, but it's not unusual. He's doing me a favor and I understand that. But it was good to talk to him and get an update.

I'm still working on finishing the rewrite for Paperback Detective. I'm into the final main chapter, trying to preserve as much as I can from the original but changing the location where it takes place from a car in a downtown parking garage to the house where a murder took place. I always knew I needed to change that and I think it will work a lot better.
Posted by lionsroar at 8:52 PM