Well as weeks go, this was a big one for us at Powers Squared. Not everything we had thought would happen did, but there was a lot that did. The week started with Adventures in Poor Taste's [EXCLUSIVE] Comixology Preview: Powers Squared #3 on Monday. This was a really nice write up about the three issues that were going to be released on Wednesday. 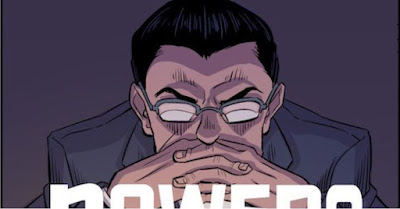 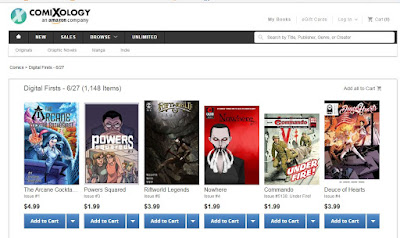 Comixology wrote up a very nice piece about us on Tumblr NEW SERIES Debut Powers Squared, which prompted us to open our own account on Tumblr. 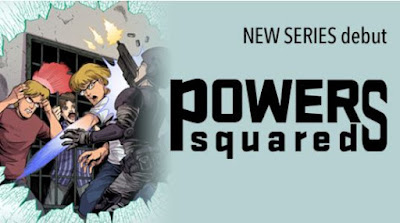 Thursday saw the release of our interview on FreakSugar.com THE CREATORS OF POWERS SQUARED ON FAMILIAL AUTONOMY & TEAMWORK which was our first not self-driven interview. I encourage everyone to read it. 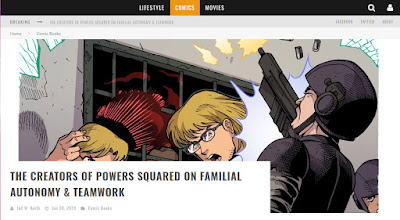 On Friday, we published the third part of the interview of Paul and Trevor talking about their involvement with the development of Powers Squared. You can find that video on our YouTube channel. Next week, we're planning on releasing another video, our answering of FreakSugar's questions before we submitted our final answers. And after that, we're planning on doing a Google hangout with our artist, the Friday after that, so there's something to look forward to. 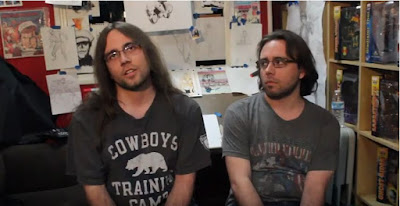 We're still waiting for some reviews that we were told were in the works. Not really sure what became of them. Our PR contact went radio silent on us, so I don't know if they're still going to happen or not. The contact they were using was also one I had cultivated so I may not wait for them if there is no response on Monday. I hate to make a pest of myself, but I really really hate it when people suddenly stop communicating.

We've also been approached about doing an Ask Me Anything session. Not sure if that will come to fruition but I will let you know if that comes to fruition. It sounds sort of exciting and scary at the same time.

Our Instagram following is growing, which seems to be the best reception we've had on social media. That has been a very accepting place for us to be and it allows us to also update other platforms at the same time. So it's a win-win for us.

Our colorist delivered pages 13-16 for Issue #7 this weekend, so her work on that issue should wrap up in July. Looking forward to seeing what our artist does with Issue #8 as we're now starting on the next story arc. Always trying to stay ahead of ourselves.

On to other writing, still no word from my editor on Familiar Stranger, whom I'll be calling next week to make sure he's still alive. Again, radio silence. I've been working on my other book, Paperback Detective. I'm going through the edits I made in prep for the rewrite of the ending, which sorely needs it. That's not to say its bad, but I think that it takes place at the wrong location in the story, so I'm hoping to fix that.

Worked on a review this weekend, about 2000+ words on the film Captured! (1933), a film that I had recorded from an earlier showing on TCM. That will wait for a future time. This past Saturday, we published a review of the Switch version of Bayonetta written by Paul.

So, besides calling my editor and following up on reviews I'm looking forward, trying to finish the rewrites on Paperback Detective and seeing Ant-Man and The Wasp later in the week.
Posted by lionsroar at 10:06 PM