For a little change of pace, I thought I'd better describe the week as it goes along.

On Monday night, Paul and I reviewed new pencils from Rachel. She sent us pages 9 through 16 on Sunday night but we didn't have a chance to look at it until the next night. We liked what she sent and didn't have any comments or suggestions. She should be sending us more pages this month.

Also worked on the next week's A Week in Powers Squared thumbnail. Found an image from Issue #4 which we will be discussing. I had already done some editing on the image and was able to do some color matching for the background. I'll admit I have no flair for the lettering but I was happy with the overall look. Usually, the lettering covers up something in the image or looks wedged in but this one has the image to one side and the lettering on the other.

Finished my review of Making a Living for Trophy Unlocked, adding about 355 words to the review, adding images and posting it on the blog.

Also did some more work on The Runaway.

Tuesday night, I started a review of The Stratton Story, a film I happened to watch on TCM during their salute to the Academy Awards. I had seen the film before and have always liked it but I thought why not review it. I also searched for images from the movie for the review. Not sure when it will appear but its always good to have some in reserve.

I also did some more writing on The Runaway.

Wednesday night, I completed The Stratton Story review and did some more writing on The Runaway.

This brings us to Valentine's Day and I'm sorry to say nothing new was written that night or Friday night, either, though we did watch Batman: Return of the Caped Crusaders (2016), an animated tribute to the old Batman TV Series from the 1960s. Trevor has this idea for Batman month in May, so I'm writing a review of that film as part of that tribute. I worked on it on Saturday and Sunday and am about 1600 words into the review as of this writing.

For Trophy Unlocked, on Saturday morning, published my review of Charlie Chaplin's first film, Making a Living (1914) as part of our salute in February to short films. One more review to go and I'm not sure what it will be as of yet. 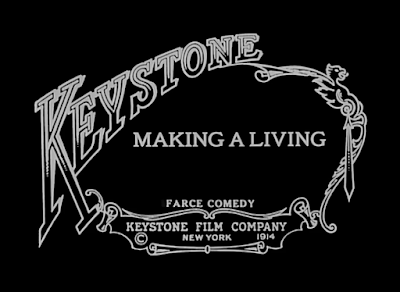 On Friday night we received four more pages of pencils from Rachel, as Issue #10, What's in a Name? continues to take shape. Paul and I sat down to look at them on Saturday and gave her our feedback. Aside from questions about the two-page spread in the story, everything looks pretty good. She got back to us on Sunday with a revision, which we liked.

Also, on Friday, updated the poll question on the website. We seem to max at about 9 votes but it is never too late, unless until next Friday afternoon, to vote. The question before you this week is #21, If you had to choose one: Telekinesis vs. Teleportation? Takes about two seconds to vote.

We also spent part of Saturday exploring the Artithmeric website, as they offer creators the ability to have their comic books printed on demand and shipped worldwide. We're thinking this might be a good outlet for Powers Squared. We had been working on doing back covers for all the issues which I had thought I was done with on Sunday and started to compile print versions in pdfs. Only then did I discover that the new pages were slightly smaller than the rest of the pages, something I had thought I had already caught but apparently hadn't. Ended up figuring it out but I haven't yet recompiled the page into issues. When they go up, there will be announcements on all of our social media outlets.

In anticipation of the release of Issues 5 and 6, we commissioned our second Motion Comic as a trailer for those issues. This one went bumpier than the first one and took longer. I'm not sure what happened except the creator was sidelined by his day job. Also, we were allowed only one set of edits so we're "satisfied" with the finished product, as we sort of have to be. It'll be up as soon as we know the date of release. 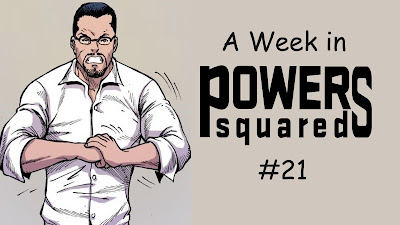 Paul and I shot and posted our 21st weekly vlog on our YouTube channel, called Powers Squared Comic. You can view it here. Paul also submitted the video to jacksfilms to see if it might be featured on that YouTuber's YIAY series. Fingers crossed. Even if he makes fun of it, it would be more viewers than we get now. We also put up a story on Instagram about doing the video.

Well, that sort of gets us up to current. No new queries this week and no word from the editor on Familiar Stranger, though I haven't, yet, reached out to him again. You got to leave something for the week ahead.
Posted by lionsroar at 9:03 PM